I finished the rowing challenge today with a 10k row. Putting me at 51k for February. Quite pleased as that as twice the distance of my previous longest row, and it was under the 50 minutes that I was aiming for.

Saturday team WOD with Neal and the Grubbiest Grub, who put together the workout. As usually this meant that it was longer and tougher than we all expected!

The good thing about it is the distance takes me up to 37.7k on the row 50k in Feb energy challenge. Which means I can knock that out at the start of next week, have a couple of days of not rowing and then finish with the 10k on Friday.

It is my fourth aniversary of starting Crossfit!

Still haven’t got a pull up though each year I get closer. The list of things I never thought I would be able to do gets longer. It has been a very weird year for training, with the pandemic and the injury I started 2020 off with, I have not been in the box for more than a dozen times. Haven’t stopped training, and we have got a reasonably well equipped garage gym now so Neal and I can carry on training.

The biggest thing I have learnt, is just how essential exercise is to my mental health. Though sometimes it is challenging. For a long time box jumps, triggered my PTSD, I couldn’t even watch other people doing them.

To celebrate (ha!) we had a first go at a workout we hadn’t tried before and happened to be on the programming we are currently following. The WOD was Tabata This! an exciting grouping of bodyweight movements and some calorie rows. It was tough. I went so hard on the cal row, one of my lungs tried to escape. Definitely a tough workout, definitely one to be repeated in the future.

Cahaca is a Brazilian spirit made from fermented sugar cane juice. It is not quite the same as rum which is usually made from molasses a by product of sugar. Like rum and tequilla it has two forms a white young version, and an aged golden form.

It has been on my to try list for years, and years mostly because it isn’t as easy to get hold of as rum or vodka. Your lucky to find one kind in a supermarket and i have never seen more than one brand.

A quick trip to trusty Waitrose and we found a rather fine looking bottle.

This cachaca is made by  Velho Barreiro it claims to have been made since 1873 and is double filtered, it is the younger clear version.

It is an clear spirit with a tinge, coming in at 39% ABV.

The label reads Velho Barreiro is one of the most appreciated cachacas in Brazil, because of it’s delicate aromas, due to the very careful way of double distillation.

We open the bottle, it has one of those strange dispensing tops under the lid, which appear to be designed to keep a Q from her drink. It takes me three goes to get it out of the bottle and into the glass.

Smells of very slightly burnt sugar, no hint of rum white or otherwise, which since it is so often lumped in with rum i find surprising. 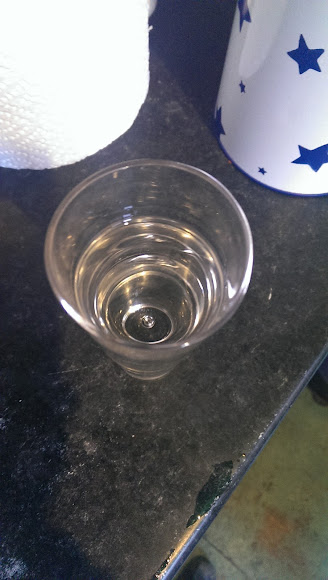 Tastes very sweet, like a really rough drambubie, freshness at the beginning of the sip, almost grassy, swilling brings out hints of heather, and maybe a touch of lilac. There is an after taste I can’t quite name. It has fire on the way down and spreads warmth outwards.

It is not possible to drink a lot of this neat, it grates after a couple of glasses. Reading the label suggests we mix it with coconut. As it happens Havana Club gold and kara is one of my most favourite drinks. We mix a small glass each., take a gulp, gag and pour the rest down the sink (yes it was that bad). Luckily we had some cranberry in the cupboard so switch to mixing it with cranberry and soda. Still not great but we can at least drink it.

The drunk. Feeling quite warm and tipsy about 100ml in, somehow after next glass we reverted to sober, at least in mind, body still felt it was processing alcohol but the drunk feeling had well and truly dissipated. Disappointing to say the least. At bedtime we had drunk half the 70cl bottle. On the plus side no cats where subjected to crisps

I wouldn’t choose to drink this again, and having tried it have no idea how this could ever be confused with rum. I am still curious as to how ageing affects the liquor and will be on the lookout for the  gold version. 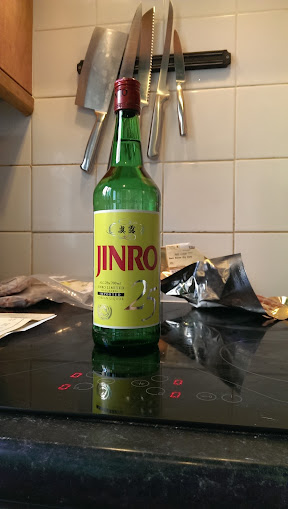 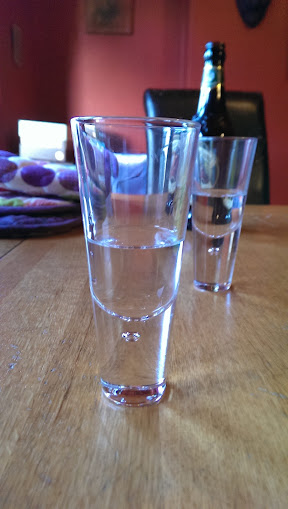 Time to start thinking about hatching. I say thinking the first batch of quail eggs are on route. I had hoped to have a new more controllable incubator but for now will have to make do with my old trusty blue one.

There will be chicken chicks as soon as the hatching eggs become available, still not decided on what breeds to try this year.

We are also currently thinking about flocks and housing and how we are going to run them. Ideally we would have two flocks so we have eggs all year round, each year. An aviary is also on the list for the Quail, and would mean i could have some flying birds too.

Mix everything together until smooth, I use a machine though you can do it with a spoon. Scatter rice flour on a baking tray. When dough looks smooth, break of a small bit of dough and using rice flour to stop it sticking, shape it into a round flat disc shape and place on tray. I get 10-12 muffins from this much dough.

Cover tray with a tea towel and leave to rise for twenty minutes. 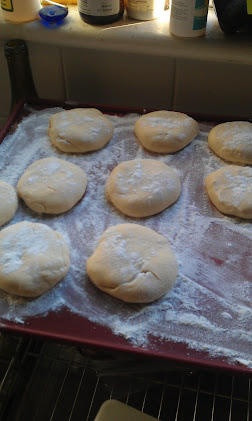 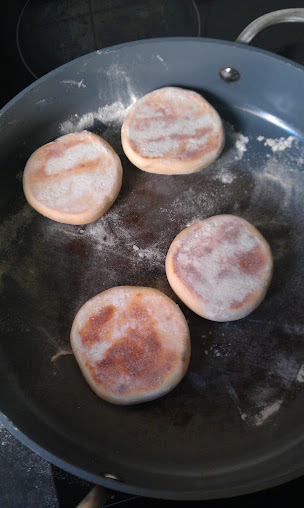 After twenty minutes using a fish slice transfer three or four muffins to the hot pan. Cook for a few minutes and flip over, and cook on the other side. 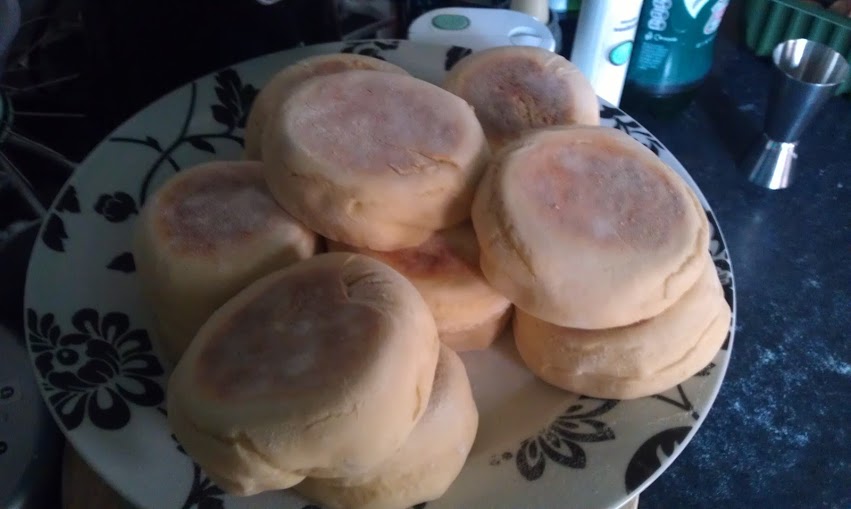 I have been feeling very reflective of late.

This is very much a phase of cycles ending and new cycles starting. Monkey is going up to a bigger school where she will have more responsibility and more freedom. She is at the end of young childhood and headed towards teenage years and maiden hood (she will be 10 at the end of the year). I’ve been a mother for nearly ten years, but wont be dealing with babies/toddlers any more. I have been fighting down my personal history for ten years. My company will be ten years old at the end of the year. It was ten years ago we moved to the unit we are now leaving. When we moved there my business was in its formation stages and so i got very little say in anything, this time the move is in my companys name and with it as an equal partner in the move. Man beast and I have lived together as a couple for ten years.

I always thought turning 30 would be the start of a new happier, more successful period in my life though so far it hasn’t been. It would seem though as things are lining up for this being the turning point for the cycle to begin.